The Gudja United Football Club was officially founded in 1945 by a young group of football enthusiasts. However, the first ever official participation in the Maltese Leagues was recorded in season 1949-1950. The initial club colours were known to be black and white, but were later replaced by red which represented and still represents to date our town emblem. However, later in time, there was another change in the official home colors. This time the Club decided to adopt the BLUE and WHITE colours which represent the colors of the patron saint of Gudja, The Lady of Saint Mary. 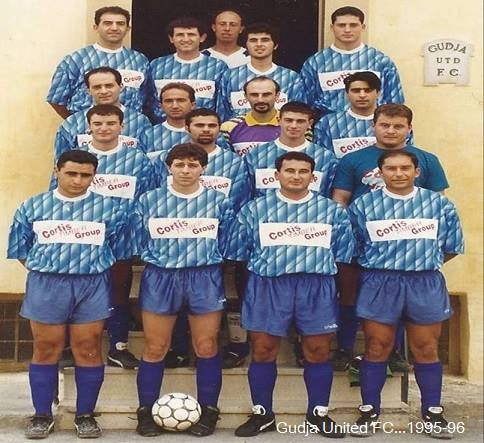 Following almost three decades competing in the lowest Divisions Gudja United FC finally made the breakthrough in 1974 as the Club was promoted to the second Division (now known as the first Division) for the very first time in the club’s history. The club also remembers this particular era as the premises in Gudja square were inaugurated. These premises are still held by Gudja United FC to date.

Other memorable eras for the club were the 1983 season in which the club was promoted once again to the first Division (This time the new format with the Premier League being the highest Division), and 1992 again promoted to first Division.

In Seasons 2010/11 and 2011/12 Gudja United FC obtained back to back promotions from third Division to second and from second to first in just two years. This was followed by four consecutive seasons in the first Division, in which on two occasions the Club was on the verge of getting promotion to Premier Division but failed in the later stages.

2018/19 will be the most remembered season in Gudja United’s history as for the first time ever the Club was promoted to the PREMIER LEAGUE, the Highest Division in Maltese football.

The club produced an exceptional Administrator in the late Mr. Joseph Sacco , later M.F.A Secretary, who organized the Club for so many years in an exceptional manner. Also remembered for their kind and hard work are the late Mr. Saviour Portelli , Mr. Francis Spiteri and Mr. Giuseppe Caruana who still follow the Club.

This list hails those players that were brought up by Gudja United FC and went on to prove themselves in Malta’s Highest Divisions.The likes of Michael Farrugia, John John Dalli, Maurice Muscat, Joe Ellul, Raymond Dalli, and Andrew Farrugia in more past eras. Whilst in recent times Emerson Vella, Peter Paul Sammut, Glenn Zammit and Terence Vella all enjoyed some playing time in the Premier League.

The players who made most appearances for Gudja United FC are:

The players who scored most goals for Gudja United FC are:

Following its first ever participation in the Maltese Premier League, in which the Club successfully finished the season in 10th place, Gudja United FC is working hard to build a competitive squad to be able to aim higher.
Away from the football pitch, the Administration continues working tirelessly not just to ensure that the everyday running of the Club is well maintained, but more than that to secure new projects for the near future, with the Club’s aim set on becoming self sufficient.
<script type